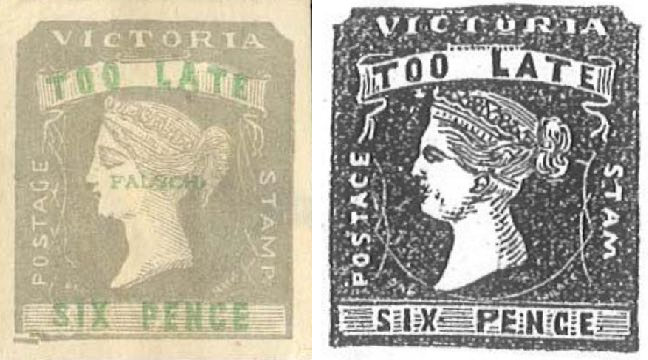 Debates on forgery in the Victorian period were inseparable from questions of personhood. In part, this was due to the fact that until the 1832 and 1837 Forgery Acts, individuals charged with this crime would lose their personhood through the death penalty. But the act of forgery also had the power to redefine the identities of the living in significant ways. In her pivotal book on the topic, Forgery in Nineteenth-Century Literature and Culture, Sara Malton writes, ‘As it exposes the fragility of a financial system that grants increasing agency to its individual participants, forgery thus becomes centrally implicated in changing ideas of selfhood.’ She goes on to argue that ‘forgery poses acute challenges to deeply held cultural beliefs about the primacy of individuality, identity, and origins’; Pip’s formation into adulthood in Charles Dickens’s Great Expectations (1862), for instance, is fueled by counterfeiting and modes of deceptive self-fashioning. In my book about faking, The Deceivers, I explored multiple ways in which art forgery act generated complex vocabularies ‘for defining persons as well as things.’ The artistic practices of copying, forging, restoring, and fraudulent dealing constructed new categories for thinking about identity along gendered, social, racial, and national lines, which reached far beyond the aesthetic sphere. (...) Read the full text here.